Following an intense evaluation process, two high-level juries of independent experts selected the winners and runners-up in the two prize categories. The second place in the European Capital of Innovation category is endowed to Dublin in Ireland and to Malaga in Spain. Vilnius in Lithuania is awarded the third place. Cascais in Portugal and Trondheim in Norway are granted the second and third places in the European Rising Innovative City category.

Mariya Gabriel, Commissioner for Innovation, Research, Culture, Education and Youth, said: “I am impressed by the outstanding work of all iCapital finalist cities. I am honoured to highlight these cities that are the real test beds for innovation. They co-create bottom-up initiatives to achieve more sustainable urban development.”

These awards recognise the cities' long-term efforts to create an environment that enables and embraces innovation. The cities have developed and deployed innovative concepts, putting in place the processes, tools and governance models to achieve excellent results. They could serve as strong examples for cities in Europe and beyond that have been suffering from the pandemic and will need to embark on transformation.

Every year, the European Union recognises cities with inclusive innovation ecosystems by awarding the iCapital Prize. The latter identifies urban ecosystems that connect citizens with the public sector, academia, and businesses, to successfully translate results into improved wellbeing of the society, while at the same time boosting game-changing innovation.

In addition to the main category, the European Capital of Innovation in which cities with more than 250,000 inhabitants are competing, a new category featured this year: The European Rising Innovative City that targeted towns and cities with a population of more than 50,000 and up to 249,999 inhabitants.

iCapital is one of the four EIC Prizes granted under Horizon Europe, the EU's research and innovation framework programme. The prize is managed by the European Innovation Council and SMEs Executive Agency, and the winners are chosen following an assessment performed by two high-level independent expert juries. 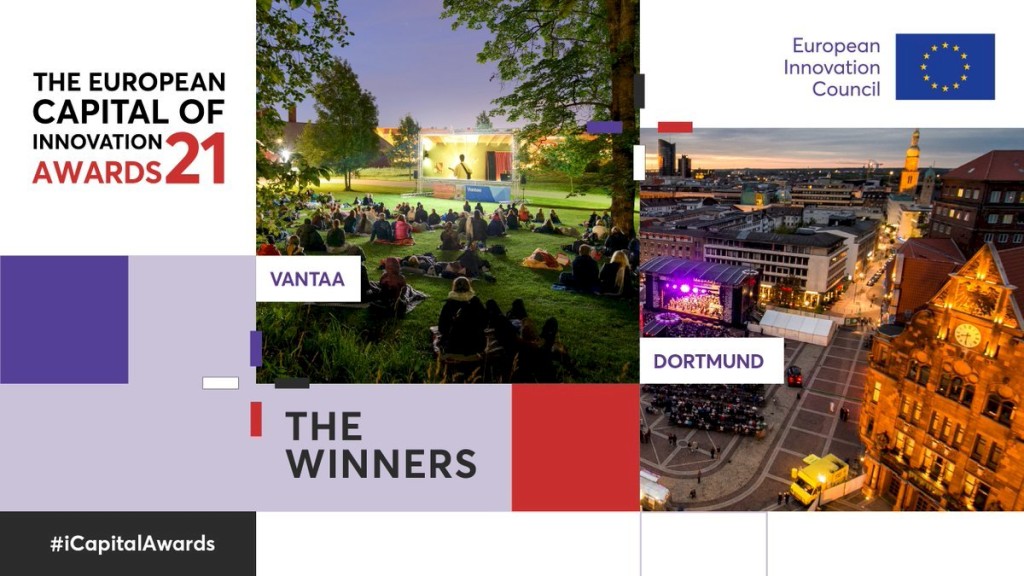